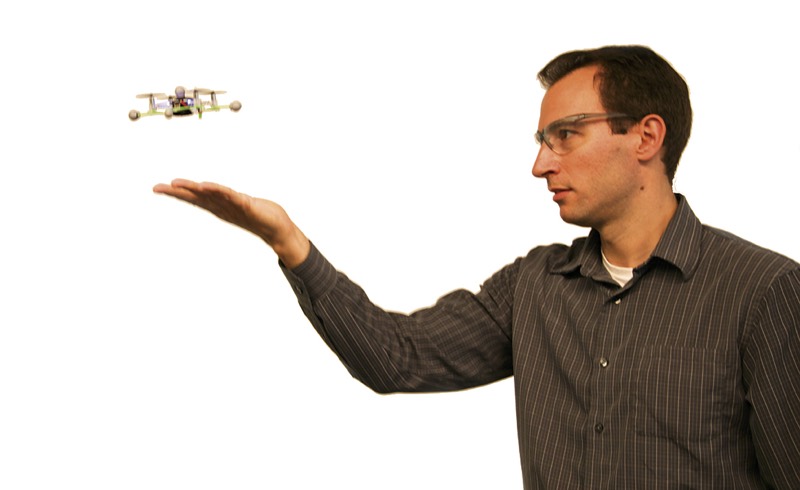 Flying robots might not appear to have much in common with energy grids. To function smoothly, however, both use hybrid systems that combine stop-start action with continuous movement. Developing algorithms for these systems is a specialty of Ricardo Sanfelice, associate professor of computer engineering.

One of those applications enables “smart grids” to link off-and-on sources of renewable energy, such as solar power, with the continuous electric currents of standard electricity. A patent is pending for that hybrid control algorithm.

With a $432,000 National Science Foundation grant, Sanfelice and a colleague from the University of Arizona are now developing a system to enable groups of unmanned vehicles to work together under uncertain conditions.

A key problem is that computer calculations could take longer to make than actual movements—potentially putting vehicles and people at risk. Introducing a metric, called uncontrollable divergence, allows the computer to calculate tradeoffs between accuracy and speed to determine its best trajectory. Sanfelice’s team described this “computationally aware cyber-physical system” in the journal _Autonomous Robots. _

Sanfelice hopes to gather an interdisciplinary group of his campus colleagues to advance the development of these complex cyber-physical systems.