Imagine living in a cell barely big enough to hold a king-sized bed, a small sink, and a toilet. But there’s no big bed, only a narrow bunk. There’s no window either, just a fluorescent light that turns on, then off again, each day. The door opens only from the outside and it doesn’t open often. This is solitary confinement, a place where prisoners lose all forms of social contact, sometimes for so many years they never regain the ability to be a friend, or part of a family, again. It’s more akin to torture than reform. And it’s a practice that Craig Haney, a psychology professor at UC Santa Cruz, has studied—and criticized—for more than 20 years.

“The emphasis ought to be on keeping prison isolation as brief and humane as possible and only as a last resort,” Haney said.

Haney has interviewed about one thousand prisoners, some of whom have endured solitary confinement for more than two decades. He’s witnessed the anguish, loneliness, and even madness, caused or enforced by isolation. His psychological evaluations are the evidence he takes to courts, legislative committees, and classrooms, to make the case for scaling back the use of solitary.

After waging this battle for decades—as a lawyer, an academic and a fellow human—he may be winning.

Solitary confinement was in vogue in the 1800s. Back then, some believed that a man might atone and make his peace with God if left alone long enough. But by the end of the century that theory was debunked as counterproductive and harmful.

Although the use of long-term prison isolation is rare in the developed world, in the U.S. the penal practice was revived during the 1980s and ’90s when prison populations swelled as a result of tough-on-crime laws and increased mandatory sentencing requirements. At the same time, prison administrators dropped the veneer of prison as a place for rehabilitation, cutting therapeutic and recreational programming, and cementing its function as a tool of punishment. Crowded prisons were dangerous, and overwhelmed administrators began sending some men—whose primary offense might only be a gang-affiliated tattoo—to “the hole” for an indefinite period. Although women prisoners also get solitary confinement, incarcerated men outnumber women by more than a ten-to-one ratio, so the absolute number of women in isolation units is much smaller, Haney noted. 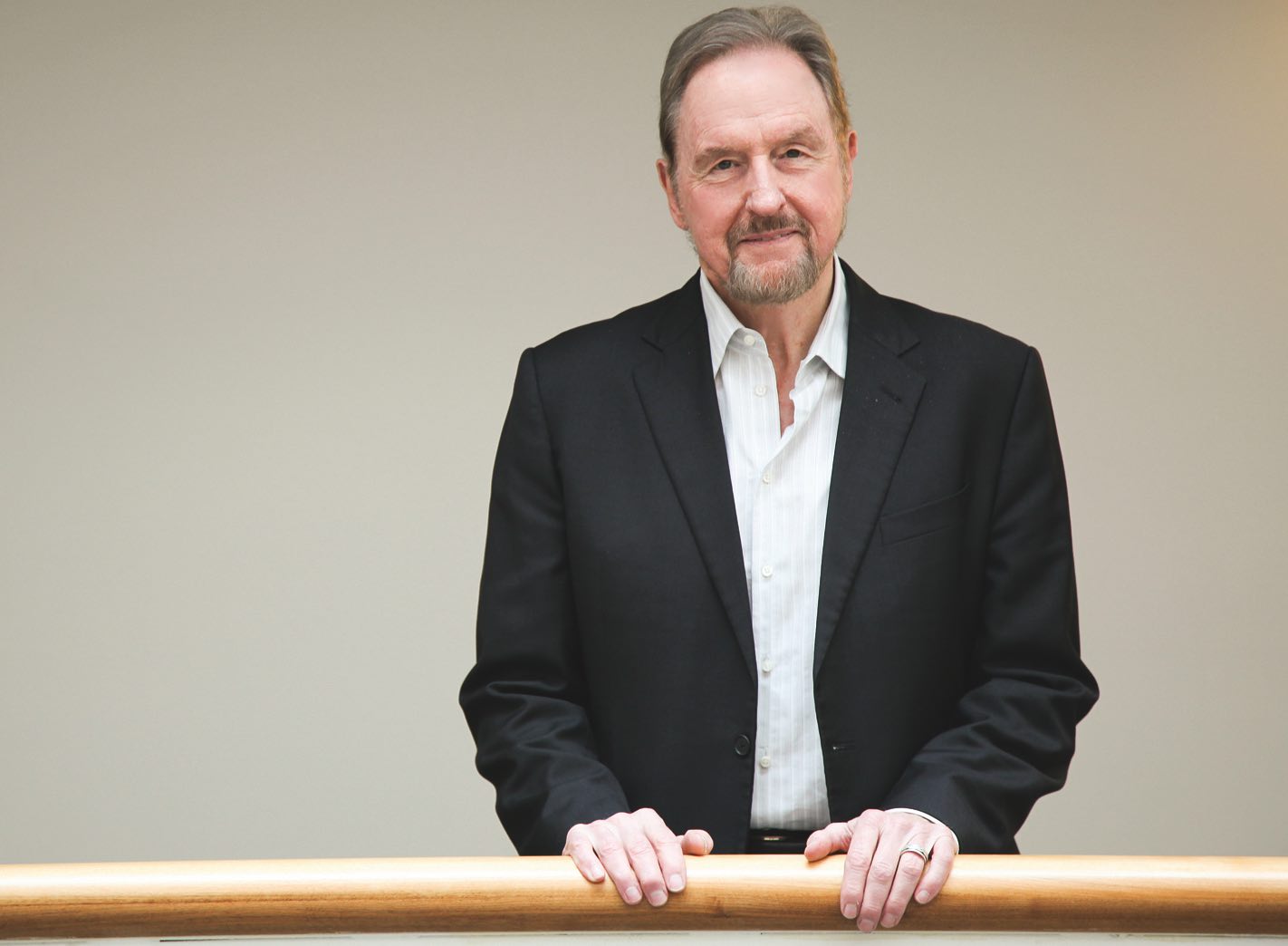 In California, many of these isolated prisoners are held in a “Security Housing Unit” at Pelican Bay State Prison. Located near the Oregon border, the entire facility is devoted to solitary confinement. But throughout the country, an estimated 80,000 prisoners, almost all men, are held in isolation. Some institutions call it “administrative segregation” or “intensive management.” No matter the name, it’s still solitary confinement: a life lived essentially around-the-clock within the same four walls.

In this so-called “separate world,” one prisoner told Haney: “You get irrationally angry, depression would come in. You had to deal with it every day, fight it off, push it back. You are always on the edge, scared.”

Some prisoners survive by developing a strict, entirely self-imposed discipline. But no one emerges unscathed.

Haney has “mapped the nature of the suffering” for prisoners and the statistics are sobering. In one study he found that more than 91 percent of prisoners in solitary suffer anxiety; 88 percent experience irrational anger, and the same percentage have headaches.

He could find no comparably traumatized population in the medical or psychiatric literature—the closest match was a study on former East German psychiatric prisoners, but even they were healthier than the inmates.

Haney’s first exposure to the trauma of imprisonment came when he was a student at Stanford, where he earned his law degree and a doctorate in psychology. There, with social psychology maverick Philip Zimbardo, he conducted the famous 1971 Stanford Prison Experiment, a prison simulation that was aborted when the students playing “guards” began abusing the students playing “prisoners.”

Ever since, Haney has focused his studies on improving prison conditions, an emphasis that colleagues say distinguishes him not just as an academic, but also as a force for change. “Haney has become a powerful voice for the disenfranchised, recognized internationally as a leader in the effort to make our prisons into places of rehabilitation, rather than dungeons of dark despair,” said Stuart Grassian, an expert on solitary confinement and a former Harvard Medical School psychiatrist.

When Haney arrived at UCSC in 1977, he was already immersed in examining the backgrounds of prisoners on death row and others accused of capital crimes. His efforts uncovered dramatic similarities in their backgrounds: Many of these inmates had suffered severe poverty, abuse or neglect.

His early research showed, for example, that asking a potential juror—in front of others—if they’d be willing to impose the death penalty biased the juror pool. It eliminated death penalty opponents from participating and suggested to the jurors that perhaps the death penalty was the correct sentence, Haney said. In 2005, he published many of the lessons gleaned from such studies in an award-winning book, Death by Design. His research contributed to changes in the way the system operated, from jury selection to jury instructions.

As his work progressed, Haney spent more and more time investigating the effects of the increasing use of solitary confinement, although he still considers his main focus to be on the effects of imprisonment in general. “It became the tail that wags the dog,” he said. He testified in the 1995 case Madrid v. Gomez, in which U.S. Chief Judge Thelton Henderson ruled solitary confinement violated the rights of the mentally ill with an oft-quoted statement: 23 hours in isolation “may press the outer borders of what most humans can psychologically tolerate.”

Haney was also one of the “critical forces” behind Brown v. Plata, the 2011 U.S. Supreme Court case that ruled overcrowding violated prisoners’ constitutional rights, said Mona Lynch, a UC Irvine professor of criminology who earned her doctoral degree as Haney’s student in 1997. “He was key to making the link between the conditions in the prison and what that did to people and how it rose to the level of being unconstitutional.”

That work is slowly beginning to pay off. The prison population in California has declined following the Supreme Court’s order. In addition, many politicians and prison administrators across the country are beginning to understand that solitary confinement isn’t the best way to address prison conflict and disruptive behavior, Haney said. From a financial standpoint, isolation is expensive. For administrators facing budget cuts, it’s hard to fund the extra staff required to hand-deliver meals and escort prisoners to exercise. Moreover, public awareness—and disapproval—is growing, leading some states to cut back its use. For example, in Mississippi and Washington the number of isolated prisoners has been slashed, and Maine reduced its numbers by 70 percent in just four years. In New York and Colorado, isolation is no longer used for the mentally ill. And, just this year, New York City declared an end to solitary confinement for prisoners younger than 21 years of age.

To be clear, Haney recognizes the occasional need to separate prisoners, sometimes for their own safety. But their time alone should be short and free from unnecessary deprivations, he said.

When not in court, visiting prisons, or teaching courses on psychology and law, Haney can often be found in his corner office in College Ten, a well-lived-in space with family photos and 15-foot-long bookshelves. Haney has no plans to leave, or retire, anytime soon. “Santa Cruz has been an absolutely ideal intellectual environment for me,” Haney said. His career has been a success by any standards. The recipient of numerous awards, Haney is considered “a leader and a superstar in the field,” said Keramet Reiter, a UC Irvine assistant professor, herself an expert on solitary confinement.

But Haney isn’t resting on his laurels. He’s writing a book on solitary confinement and contributing to a project funded by a UC President’s Research Catalyst Award to improve prisoner medical and mental health care. In addition, he’s organizing an effort to spur criminal justice reform using evidence-based methods, an undertaking that Haney hopes to base at UC Santa Cruz. He also just returned from the Bipartisan Summit on Criminal Justice Reform, where the urgent need for substantial criminal justice reform dominated the agenda.