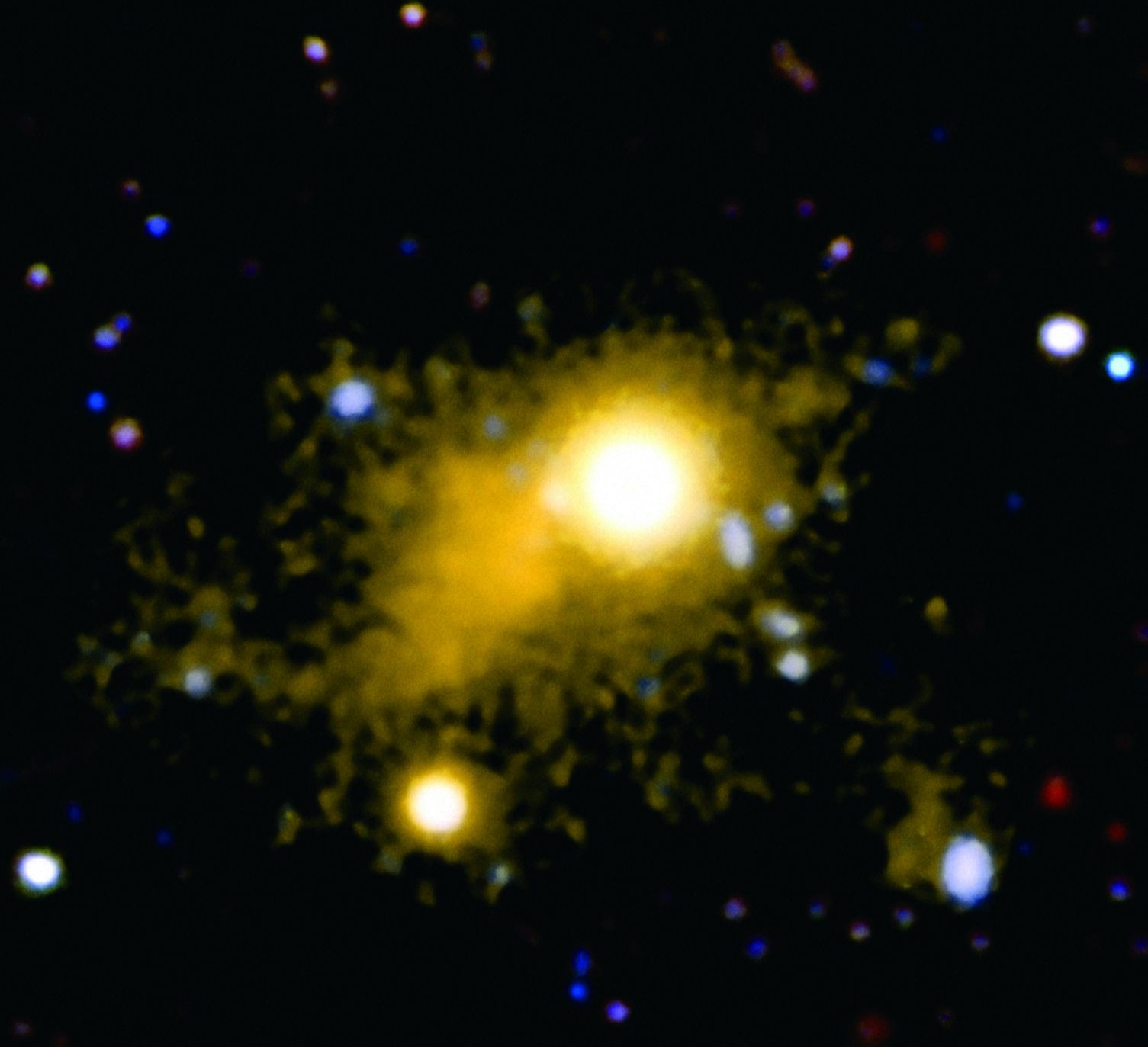 When UC Santa Cruz astronomers caught strands of the “cosmic web” on camera, it was the first time anyone had glimpsed the intergalactic threads that were predicted to weave through the universe. The discovery was recognized by the editors of Physics World as one of the “top ten breakthroughs” of 2014.

“It’s a one-of-a-kind finding,” said J. Xavier Prochaska, principal investigator on the study. “But now we’ll look aggressively for more. our studies are forcing theorists to revisit their models.”

Computer simulations of the universe predicted that matter, such as galaxies, is distributed in a web-like configuration. But visible evidence for these predictions was missing. Prochaska’s team, which included UCSC astrophysicist Piero Madau, and former UCSC astronomer Sebastiano Cantalupo, provided that proof.

From the W. M. Keck observatory in Hawaii, the researchers took advantage of a quasar they found in a new nebula (now named the “Slug Nebula”). The quasar’s bright light illuminated the previously dark filamentary pattern of nearby gases.

Next year, the researchers plan to use a new camera, currently in fabrication at the UC observatories lab at UCSC, capable of capturing both images and spectra.